Sports betting platforms in Canada are continuing to add key personnel to their rosters.

Few sportsbooks have been more focused on Ontario sports betting than PointsBet, which has announced key personnel additions and partnerships in the last six months. 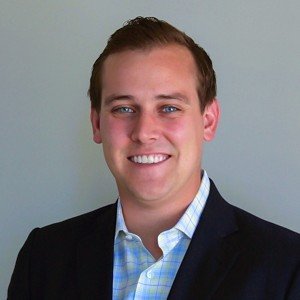 “The opening of the regulated iGaming market in Ontario represents one of the most exciting business opportunities within Canada in recent memory,” Jackman said in a news release. “I look forward to playing a role in ensuring that PointsBet Canada capitalizes on this incredible opportunity and delivers a truly authentic and differentiated product experience for Canadian sports fans.”

Jackman joins PointsBet Canada from Rogers Communications, where he was senior director of corporate strategy. He was a top strategic adviser to senior leadership and helped drive long-term strategy across the company’s platforms, the release said.

“Brett’s expertise and vision will be absolutely crucial in helping shape PointsBet Canada’s priorities as we forge further ahead into the budding sports betting landscape,” PointsBet Canada Chief Executive Officer Scott Vanderwel said in the release. “As our commitment so far has shown, PointsBet Canada has big ambitions, and I am thrilled to have Brett alongside us moving forward to help shape and drive our growth agenda, building upon the strong foundation we’ve assembled thus far.”

PointsBet Canada Has Been Active

The appointment of Jackman is just the latest moves by PointsBet Canada, which has been lining up partnerships for months. Among the deals just this year:

The strategy of partnering with truly Canadian sports and entities has been a priority of PointsBet Canada.

Nic Sulsky, chief commercial officer for PointsBet Canada, said in a news release about the Redblacks partnership: “PointsBet Canada is committed to building an identity that acknowledges the little intricacies that make us all proud to be Canadian. Nothing says Canadian like three downs, a 55-yard line and the rouge. We are excited to add a little bit more red and black to RNation for years to come!"

In October of last year, PointsBet announced a deal with Curling Canada. The company now has aligned with curling, hockey and a CFL team. Doesn’t get more Canadian than those sports.