Which NHL Team in Canada Has the Best Odds to Win the Stanley Cup?

Will 2022 be the year that Canada breaks its Stanley Cup drought? When looking at the odds and the standings in the NHL, only a few Canadian teams are on track to have a chance to compete in the playoffs. Here are odds to win the Stanley Cup for NHL teams in Canada.

Editor's Note: Although these odds are not currently available to bet, Ontario sports betting launches on April 4, 2022.

As of now, your best bet for Canadian teams is probably the Toronto Maple Leafs or Calgary Flames, with the preferred angle here to bet on the Flames. Calgary has shown to be more reliable scoring and better at slowing down opponents from doing the same. With a deep and loaded roster and strong goaltending, Calgary is a futures bet worth placing. Their odds are currently +1300 with the top betting apps in Ontario.

The next two Canadian teams with competitive odds are the Canucks and Oilers. Both teams are in the Pacific Division, and one is very likely to make the playoffs, possibly both. The key for these two teams is the Vegas Golden Knights continuing their slide. The Knights have been up-and-down for the past month, failing to score much. If they remain in a funk, Vancouver and Edmonton could find their way into the postseason.

Of the two, Vancouver seems to be the better betting option. Their goalie, Thatcher Demko, has displayed a stronger body of work, and the Canucks offense has come to life. Their NHL Stanley Cup odds at +10000 are tantalizing. If you placed $100 at those odds and they won the championship, you would win $10,000.

The Winnipeg Jets also have long odds at +10000, though they were at +15000 a week ago, showing that some are betting on their futures odds. It's hard to see the Jets making up enough ground in the Central division, particularly with the Colorado Avalanche leading the group. It's also unexpected to see the Senators or Canadiens making a playoff run, as neither are expected to make the playoffs. 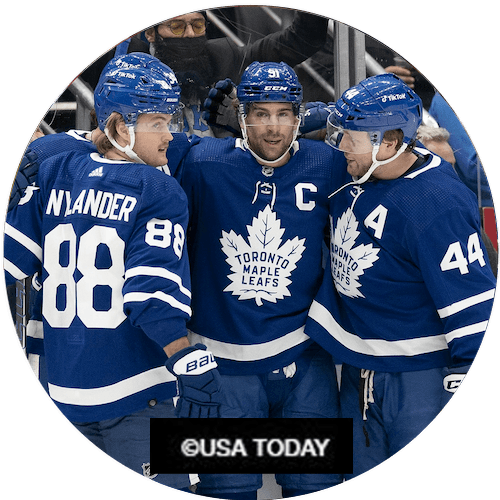 The Toronto Maple Leafs will be in the playoffs this season, giving the team a viable chance to break Canada's curse. The Maple Leafs are currently third in the Atlantic Division. Going in Toronto's favor is their explosive offense, led by Auston Matthews.

Matthews and the forwards from Toronto have had strong scoring nights, though this team has displayed inconsistency since the All Star break. The Maple Leafs have been generous to opponent scoring, often leading to high-scoring games. The team's odds to win the Stanley Cup are +1000, tied for the fourth-best odds. 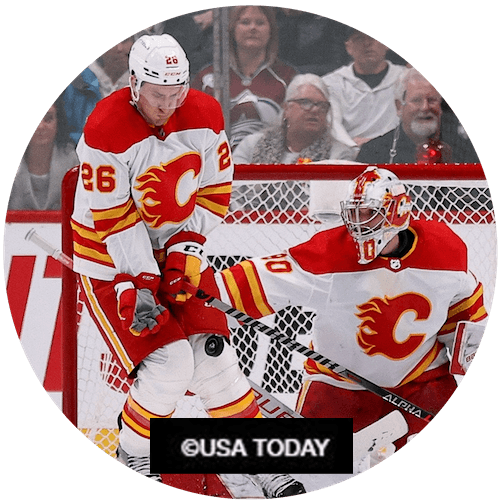 The Calgary Flames bring Stanley Cup futures odds at a good price, a team deserving of your attention. The Flames are +1300 to win the Stanley Cup Finals, odds that have gotten worse on betting sites in the last few weeks.

Calgary is one of the hottest teams in the NHL and top the Pacific division in the Western Conference. They have an offense that pours in goals, and strong goaltending and defensemen that limit opposing shots and goals. When looking at the odds board for Stanley Cup futures, the Calgary Flames offer good betting value. 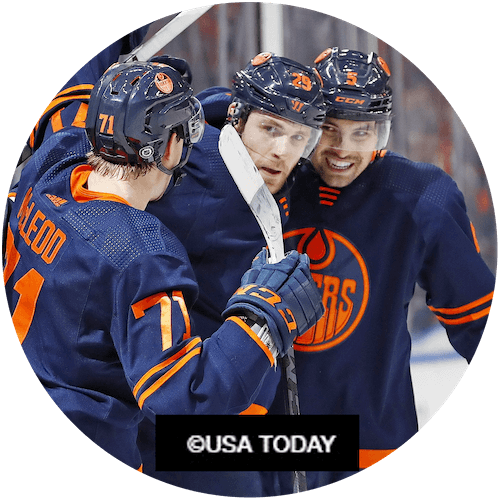 The Edmonton Oilers deserve consideration for a betting future, quietly becoming one of the hottest teams in the NHL. Led by Hart Trophy favorite Connor McDavid, Edmonton has been scoring at will.

The Oilers are right in the middle of a competitive Pacific division and will need to hold off teams like the Golden Knights and Kings, but if they can maintain their scoring, they may make a run in the playoffs. Goaltending may be an issue, however.

You can get away with it during the regular season, but if Edmonton can't get steady production from a goalie they will struggle to put together a playoff run. 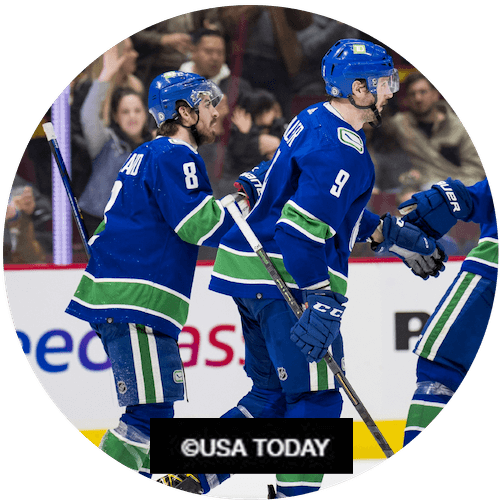 The Vancouver Canucks are a team to watch near the trade deadline, as they have been picking up the goal-scoring lately and could use another piece. The Canucks are another Canadian team in the Pacific division. While their place in the standings would currently leave them outside the playoffs, the regular season has two months to go.

Vancouver has gotten solid play from their goalies, and has been on a hot streak. With sustained production from the offensive end, Vancouver could maneuver their way into the postseason. Betting sites do not currently give the Canucks much of a chance, as their odds are around +10000. 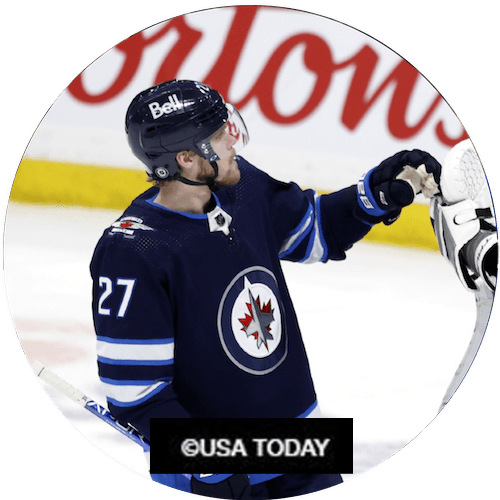 The Winnipeg Jets have been picking up their goal-scoring recently and should remain in the playoff hunt for the foreseeable future. The Jets are a handful of wins behind the Nashville Predators and Dallas Stars in the Central Division.

Led by Kyle Connor, they have shown the ability to hang with high-scoring offenses, they just need to be tighter on opponent scoring. When scanning the Stanley Cup odds board, it's hard to feel confident in Winnipeg going on a run, but they're a team to keep an eye on. 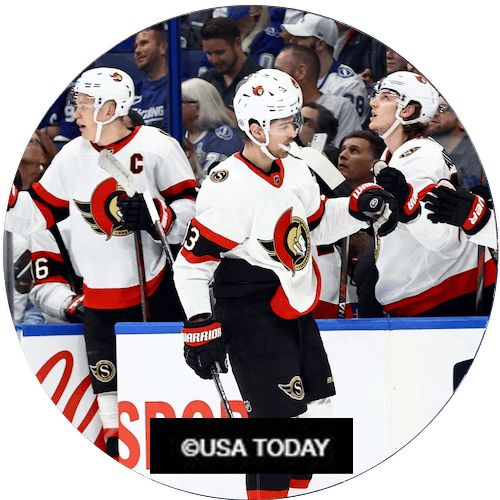 The Ottawa Senators are on the outside looking in, with their odds to win a Stanley Cup in-line with their place in the standings. The Senators are in third-to-last place in the Atlantic Conference, looking at odds at +30000 to win one of professional sports' finest honors.

The Senators do have some encouraging play on the power play, but beyond that, they've lacked a scoring punch or defensive abilities to slow down teams in their division. It never helps a team's chances when they're looking at teams like the Florida Panthers and Tampa Bay Lightning above them. 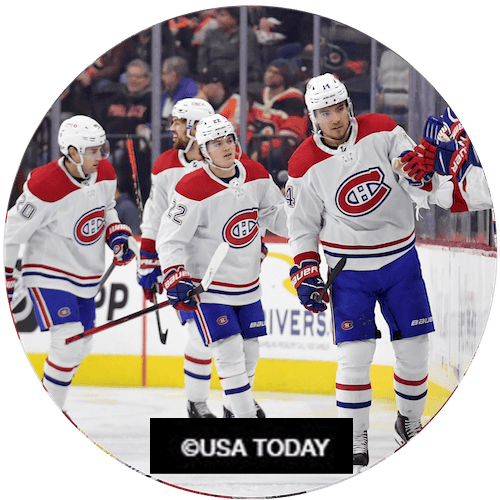 Montreal fired their coach mid-season and traded promising young players, indicating an acceptance of their fate. The Canadiens will have plenty of moves to make this offseason if they want to get back into contention next year.

There's a well-documented curse as of late when it comes to Canadian NHL teams and the Stanley Cup. No team from Canada has won it all since the Montreal Canadiens in 1993, nearly 30 years ago. What's even more astounding is that despite the long drought, the Canadiens still have the most Stanley Cup wins (24) and appearances (35) among all NHL franchises by a large margin.

It's been 28 years since the last Canadian Stanley Cup win. The Montreal Canadiens defeated the Los Angeles Kings in 5 games in 1993, the start of one of the most notable championship droughts in the four major American sporting leagues. The same Canadiens franchise reached the Stanley Cup last season in 2021, losing to the Tampa Bay Lightning in five games.

Prior to 2021, a Canadian NHL team had not reached the Stanley Cup Final since the Vancouver Canucks in 2011. The Canucks fell in 7 games to the Boston Bruins, their first Stanley Cup appearance since 1994. Moving backwards, there was a stretch of teams from Canada who made the finals in consecutive seasons, but the drought continued. The Ottawa Senators, Edmonton Oilers, and Calgary Flames reached the finals in three straight years from 2004-2007.

The NHL postseason begins in early May, and runs through the end of June. The most likely start date for the 2022 Stanley Cup is in mid-June. The Stanley Cup is a Best-of-7 series. Betting odds will change often during the last several weeks of the regular season. We will do our best to keep this page updated and provide the latest implied probabilities of various teams winning.

You can see each NHL teams Stanley Cup odds on many sportsbooks, and there are a few Canadian teams in the mix amongst the favorites.

According to NHL betting sites, the top five betting favorites are all American teams, beginning with the Colorado Avalanche at +400. Colorado has had an explosive offense and a stout defense for the entire season and will be tough to take down.

The Tampa Bay Lightning (+750) and Florida Panthers (+800) head up the top of the Eastern Conference. Both teams have elite offensive firepower and will be tough to keep up with in the playoffs this season. The Vegas Golden Knights are +1000 despite some mid-season struggles, and the Carolina Hurricanes have the same NHL Stanley Cup odds.

The NHL odds to win the Stanley Cup for the rest of the league are below:

Betting on the Stanley Cup

The NHL has been owned by the Tampa Bay Lightning the last two seasons, as they have been winners of back-to-back championships. Their opening odds this season indicated they remain in contention, and they've maintained their production throughout the regular season. The Lightning took down the aforementioned Montreal Canadiens last season in five games, and beat the Dallas Stars in six games in 2020.

Prior to Tampa Bay's recent run, 2019 belonged to the St. Louis Blues, who displayed why strong goaltending is so important for a championship team. Goalie Jordan Binnington got hot at the right time, as the Blues were not one of the top seeds heading into the postseason. The Blues 2019 win over the Boston Bruins was the only Game 7 we've seen in the Stanley Cup since 2011.

There was a run of dominant teams out of the Eastern Conference from 2016-2018, with the Pittsburgh Penguins winning twice and the Washington Capitals winning in 2018. The Capitals took down the Golden Knights in their first season as a franchise. We wrap the last decade of NHL champions with two teams trading off wins in four straight seasons. From 2012-2015, the Los Angeles Kings and Chicago Blackhawks were the Stanley Cup winners, both clinching their spots in the postseason early and displaying dominant forms.

Griffin Carroll is an Betting Analyst for OntarioBets.com. When he isn't finding his next edge, Griffin browses the latest lines to find storylines and developments impacting sports betting in Ontario.