When it comes to scouting potential NHL players, the bulk of the work is done in North America between Canada and the United States but precisely where each player comes from and what other areas of the world produce top hockey talent is all examined here as we dig into the origins of NHL draft prospects.

Which Country Has the Most NHL Players Drafted?

Since 2012, nearly two-thirds of the NHL’s players are from either Canada or the United States.

Canada has remained the pipeline for NHL talent, with 817 players drafted from Canada since 2012. That represents 38.1% of the prospects entering the league since then, which is tops in the world. If you expand back to 1994, Canada has been funneling in hundreds of new prospects every year, but there has been a clear uptick in growth from the United States talent pool. 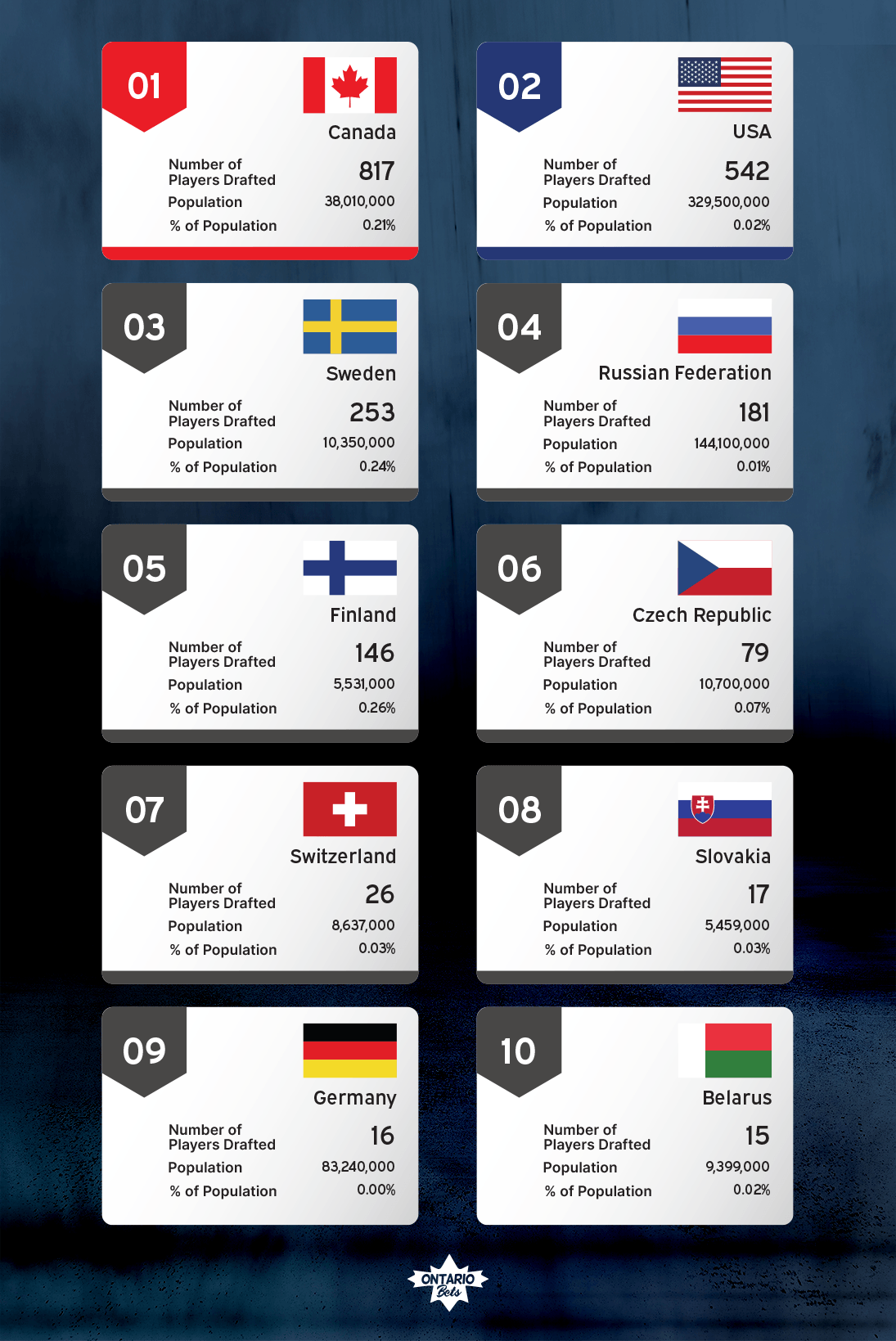 Ask which country had the highest number of draft picks relative to their population and the answer may surprise you. 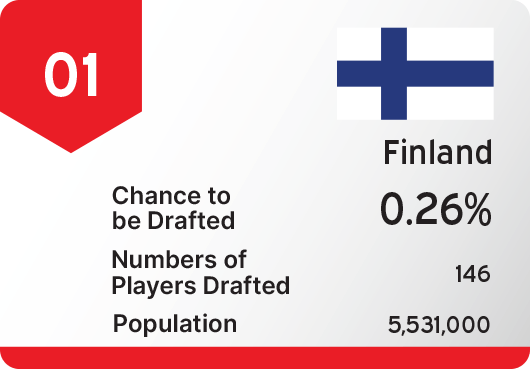 Finland tops the charts, with 0.26% of their population reaching the NHL since 2012. In total, there’s 146 players from Finland in the league in this period, which is the fifth-highest overall country total. If you lived in Finland, one out of every 1,438,000 people would make it to the NHL based on trends since 2012. 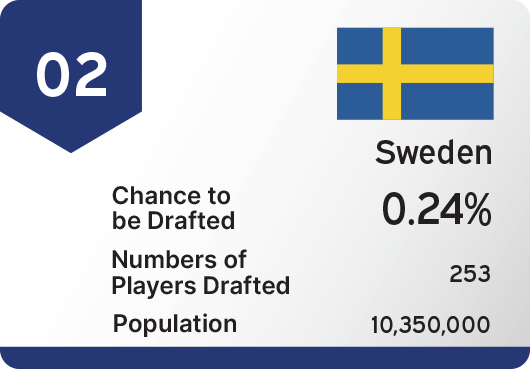 After Finland, the next highest percentage of the population comes from Sweden, with 0.24% of the country reaching the NHL since 2012, or 253 out of 10.4 million of it's residents reaching the highest level of professional hockey in that time period. 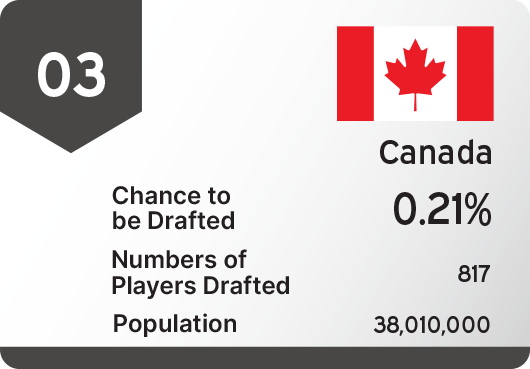 Canada might be number one overall in terms of prospects produced but it is the third country in terms of chances to be drafted in the NHL, with 0.21% of its population reaching the National Hockey League over the last 20 years. For context, that's 817 Canadians drafted out of a possible 38,000,000 residents.

There’s then a significant drop off on what is already a miniscule percentage. 0.07% of people from Czech Republic reach the pinnacle of professional hockey, and 0.06% of those from Latvia have reached the NHL since 2021. Needless to say, the odds are slim.

Players Who Beat the Odds to be Drafted in the NHL

When examining the draft prospects from the past ten years and where they come from, it’s worth noting who has beaten the odds to represent their country. There are nine countries that have produced just one NHL prospect in this span.

Some notable names from the above list include Washington’s Daniel Sprong (Netherlands) and Los Angeles’s Jordan Spence (Australia) and Arthur Kaliyev (Uzbekistan). All three of the above are suiting up for their teams in the 2022 Stanley Cup playoffs. Just goes to show that if you have talent, it matters less where you come from, but who you work to be.

When using this data and research, please attribute by linking to this study and citing OntarioBets.com.

Griffin Carroll is an Betting Analyst for OntarioBets.com. When he isn't finding his next edge, Griffin browses the latest lines to find storylines and developments impacting sports betting in Ontario.